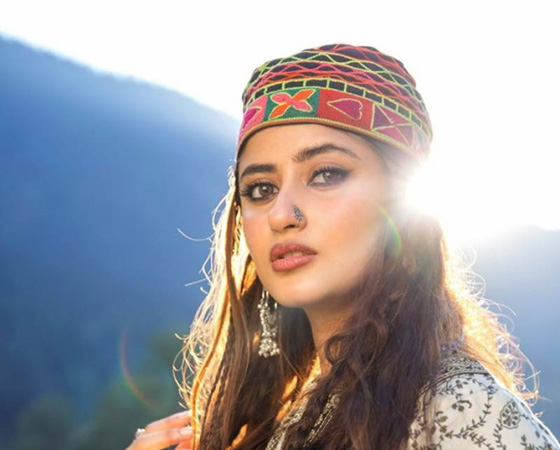 Sajal Aly, a Pakistani film and television actress, attracted the attention of her fans with her new Kashmiri look for a brand. Kashmiri clothing’s understated elegance is winning the hearts of many. As the images spread throughout the Internet, they are receiving praise. Sajal Aly is a Lollywood actress who is beautiful, graceful, and elegant, in addition to being a supremely talented performer. People adore her for her strong roles and performances, and her sweet personality has also garnered her an enormous fan base. She has worked in both the Hollywood and Bollywood film industries. The actress is also set to make her Hollywood debut in a film directed by Jemima Khan and Shekhar Kapur. She is also filming an upcoming drama directed by Nadeem Baig opposite Bilal Abbas Khan. The stunning actress is the face of Sapphire’s new winter collection, for which they chose Sajal and the paradise on earth that is Kashmir. Sajal was spotted wearing contemporary and modern Sapphire designs, while her style exuded Kashmiri grace, making her look even more beautiful. Sajal Aly is a star in every color she wears, from oranges to purples, and her braids are worth praising for their beauty.