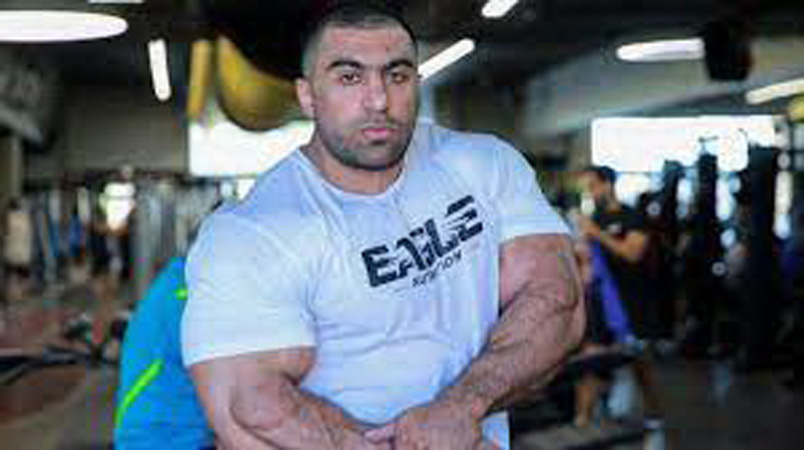 AMMAN: Jordanian Mohammad Nsour gave up a career in medicine to pursue his dream of becoming a star bodybuilder. At 26, he is one step closer, having qualified for Mr Olympia, a prestigious international contest in Las Vegas, Nevada, where he will go up against the sport’s biggest names — and muscles. “I liked being a doctor, but my passion for bodybuilding is greater,” he told AFP at a gym in the capital Amman, where he has been training seven days a week ahead of the competition in December. Nsour said he had developed a passion for sports from a young age and started going to the gym, an increasingly popular activity for young Jordanians, when he was 16. “Muscles make you stand out,” he said, flexing in front of the mirror. Posters of a young Arnold Schwarzenegger, a role model for Nsour and a seven-time Mr Olympia winner, decorate the gym.

Nsour kept training through his course at the Hashemite University and internship at the King Hussein Medical City in Amman. But having to wait through six years of studies and at least four more years of mostly unpaid internship before earning an actual salary “made me think”, he said.

‘Tough sport’: He had already snagged a gold medal at a national contest at the age of 18, and in 2021 came in seventh at an international event in Spain. “After this tournament, I realised that I had to choose between my profession as a doctor and bodybuilding”, he recalled. “I decided to leave my job even though my parents were against it.” He admitted “it’s a tough sport,” and his rigorous training routine has taken a toll on his social life, but he enjoys it better than the medical career he left behind.

Nsour now also trains others online and runs a health food restaurant in Amman, which provide him a steady income. In June, he won gold at a tournament in South Korea, qualifying him for this year’s Mr Olympia, following in the footsteps of Mustafa Hassanein, a fellow Jordanian bodybuilder who came in 10th at the 2005 event. Ahead of the tournament, Nsour — the youngest contestant in this year’s pack — trains for about two hours a day. “This is the biggest tournament in the world,” he said. “The competition will be very tough, but I’m sure a day will come soon, God willing, when I’ll be the winner. “A champion always trains to be first.”