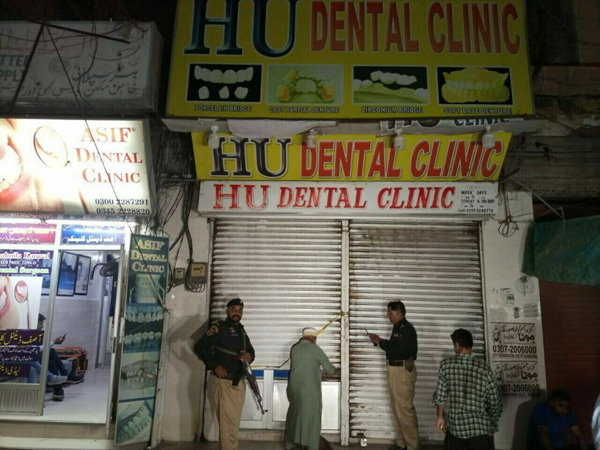 The law enforcement agencies have claimed that India was funding the new separatist outfit which had mounted an attack on the ‘soft target’ of a dental clinic in Karachi’s busy Saddar area, leaving a Chinese-origin Pakistani dead and two others injured. The attack had been claimed by a hitherto unknown Sindhi separatist group which officials believe could be part of a Baloch-Sindhi separatist terror nexus. A private news channel reported that law enforcement agencies probing the gun attack have made a major breakthrough in investigations. “The separatist group was funded from India,” police claimed. The investigation agencies further claimed that the culprits had chalked out a comprehensive escape plan after attacking the dental clinic. “They also did recce (reconnoitering) and an accomplice of the target killer stood alert with a motorcycle (escape vehicle) ready to flee with the attacker in case of any hindrance faced by the target killer,” the police claimed. Addressing the media after a meeting with industrialists to register workers in Karachi’s Korangi Industrial Area on Thursday, Sindh Inspector General Police (IGP) Ghulam Nabi Memon said that they are investigating the matter and gathering necessary evidence and exploring leads.

He added that they were in contact with relevant security agencies over the attack. He vowed to apprehend the suspects soon. Meanwhile, an official disclosed crucial information regarding the case. During his regular press briefing in Beijing on Thursday, Chinese Foreign Ministry Spokesperson Wang Wenbin was asked about the murder of Ronald Raymond Chou and possible links of Baloch separatist groups to the attack.

Wenbin expressed condolences for the victim and sympathies with the injured. However, he said that irrespective of what his racial heritage may appear to be, the victim was not a Chinese citizen.