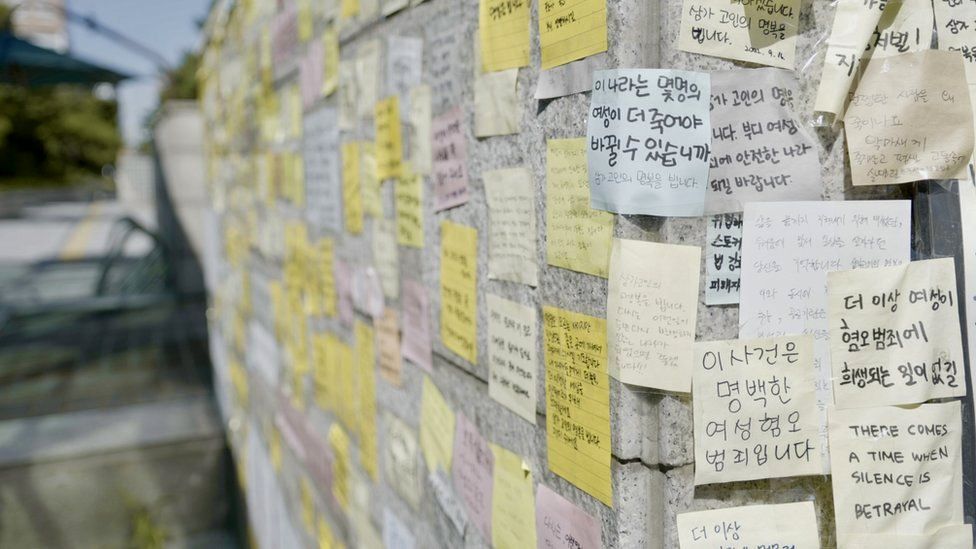 Man who stalked colleague more than 300 times accused of killing her.

A South Korean man has been sentenced to nine years in prison for stalking a woman he is accused of later killing, in a high-profile case that prompted outraged demands for legal reform.

Over a nearly two-year period, Jeon Joo-hwan, 31, stalked and threatened his victim, a former colleague, on more than 300 separate occasions, the court found.

He was not detained as the police deemed him “low risk”, even as he continued to harass the woman, who had filed a second set of stalking charges against him earlier this year.

On September 14, the day before Jeon was due to be sentenced, he is accused of stabbing the woman to death in a public restroom at a subway station in central Seoul.

He reportedly told investigators that he was enraged by the legal problems his victim had caused him. He was fired from his job at the Seoul Metro, where the victim also worked after she initially reported him for stalking.

“We deliver a heavier sentence (on the stalking charges) considering the victim was murdered,” the Seoul Western District Court said in its verdict, according to a report by Yonhap.

The court also ordered me to undertake 80 hours of stalking treatment classes and 40 hours of sexual assault prevention classes.

The defendant had “murdered the victim even after having submitted letters of apology to the court” asking for clemency, it added.

Jeon will be tried and sentenced separately on murder charges, which he has not contested, telling reporters after he was arrested: “I have done something really insane”.

The killing sent shock waves through South Korea and sparked criticisms that law enforcement had failed to protect the victim, despite her having reported the man twice within six months.

South Korea introduced new laws aimed at combating stalking in 2021, but critics say the country´s police and courts do not take such crimes seriously enough.