PM for quick steps to drain out flood water in Sindh 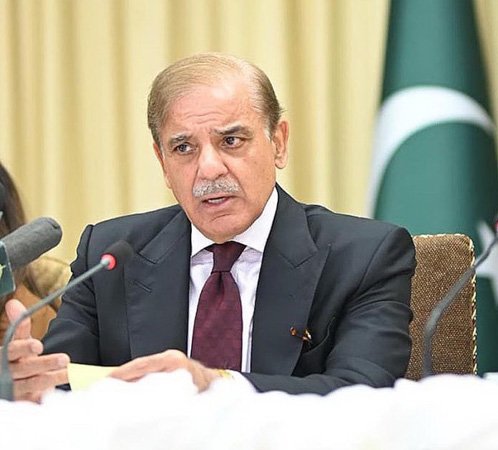 The prime minister said while chairing a meeting of the federal cabinet that transparency was an important element of the flood relief cash program which was being ensured by the federal government.

The federal cabinet in its meeting approved a comprehensive strategy over the present and future ‘Bilateral Investment Treaty (BIT)/ Treaties with Investment Provisions (TIPs)’ on the recommendation of Board of Investment and its decision taken on 27-07-2021. In this regard, three main treaties were of utmost important.

The prime minister said that a complete, comprehensive and permanent strategy over the treaties with different countries was vital for the promotion of investment in Pakistan. He directed for its promulgation and implementation on priority basis.

The federal cabinet also approved in principle the formation of a steering committee under the Living Indus Initiative upon the recommendation of the ministry of climate change. The committee would be comprising the federal ministries, provincial governments, Azad Kashmir and Gilgit-Baltistan. The cabinet emphasized that inclusion of suggestions from the parliament regarding Living Indus Initiative was very significant. Moreover, at the grassroots level, awareness must be created about the initiative through inclusion in the educational syllabus. The proposed initiatives, would ensure the construction of infrastructure and adaptation regarding protection of the natural resources linked with the river Indus and other connected rivers and the economic activities, thus protecting them from the future climate changes.

Upon the recommendation of the Ministry of Industries and Production, the cabinet allowed Trading Corporation of Pakistan to import 300,000 metric tons urea under G2G for the Rabi crops. It also ratified its decision taken on September 7 in the ECC meeting regarding CCoP.

During the meeting, the foreign secretary gave a detailed briefing to the cabinet members about the prime minister’s visits to Samarkand and New York.

During the meeting with the Russian president, both leaders agreed to further strengthen the bilateral cooperation in different sectors, including energy. Moreover, the prime minister apprised the Russian president about Pakistan’s interest to purchase wheat at the low cost which was welcomed by President Putin. Both sides also agreed to further activate inter-governmental commission between the two countries. It was also agreed that a high-level delegation from Pakistan would soon visit Russia.

The cabinet was further informed that prime minister’s participation in the SCO summit and address were the important components of the visit. During the visit, at the SCO forum and in the bilateral meetings, the historic climatic induced floods and the plight of the flood affected people were effectively highlighted, upon which the member countries had assured to support Pakistan.

For the energy sector, regional linkages, trade and investment, and people-to-people contacts, task forces had been established and it was expected that they would yield positive results.

The SCO member countries had endorsed Pakistan’s stance over enhanced global support for durable peace in Afghanistan, countering of terrorism in the region and the resolution of Kashmir issue in line with the aspiration of the Kashmiri people for a permanent peace and progress and prosperity in South Asia.

In the meeting with French President Emmanuel Macron, both leaders agreed to further strengthen the bilateral ties.