Injured Farah out of London Marathon 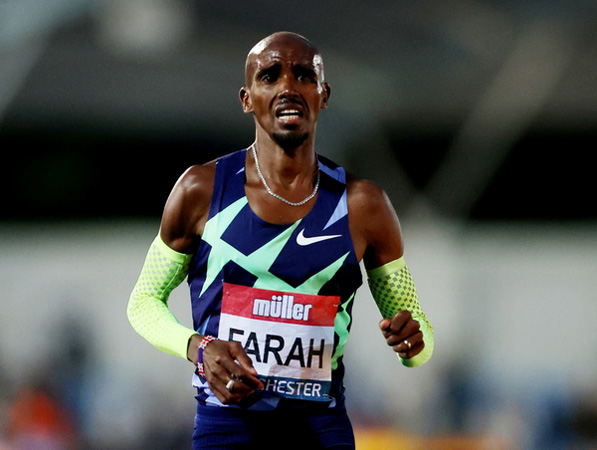 LONDON: Britain’s four times Olympic champion Mo Farah has withdrawn from his home London Marathon on Sunday after suffering a hip injury. Organisers said on Wednesday that the six times world champion was not fit to compete despite intensive treatment. “I’ve been training really hard over the past few months and I’d got myself back into good shape and was feeling pretty optimistic about being able to put in a good performance,” Farah said in a statement. “However, over the past 10 days I’ve been feeling pain and tightness in my right hip. I’ve had extensive physio and treatment and done everything I can to be on the Start Line but it hasn’t improved enough to compete on Sunday.” His absence is a second blow to organisers in the space of a week after Kenya’s women’s world record holder and twice London Marathon champion Brigid Kosgei withdrew due to a minor hamstring injury. Commonwealth Games 10,000m champion Eilish McColgan also withdrew this month on medical grounds while Ethiopia’s men’s world champion Tamirat Tola pulled out in August due to muscle fatigue. Farah, now 39, would have been a big attraction for locals as Britain’s finest distance runner.