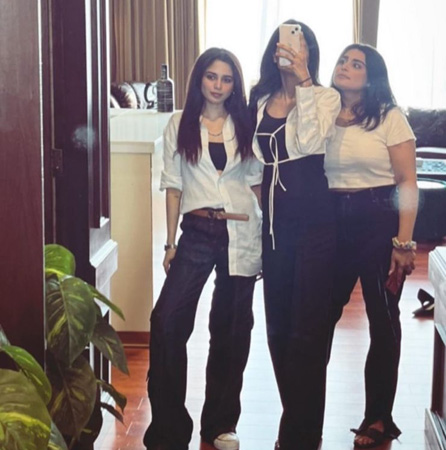 Singer Aima Baig’s new pictures on the visual sharing social media application Instagram are going viral. The viral pictures see her playing dress-up with friends. She was in a white shirt with a black top under it. She was wearing a black jeans and white shoes.

“Played dress-up with girls this weekend. Except, I never changed,” the caption read.

Thousands of Instagram users liked Aima Baig’s photo album. The users of the social media application complimented her looks with their comments.

“This Smile has my whole heart.”

“More power to you.”

“You deserve the world.”

The singer is one of the most followed local celebrity in Pakistan with more than four million followers. She takes to the platform for sharing pictures and videos of herself. Earlier, the celebrity shared a three-picture gallery on the feed as she lounged around beside the calm background.

It is pertinent to mention that Aima Baig became Spotify’s most-streamed female artist of Pakistan for 2021. She said her dream came true. She was thanked for her amazing work this year by the music streaming portal.