* On Wednesday, the actress shared the special birthday reel on her feed of the photo and video sharing application, which
sees her giggling 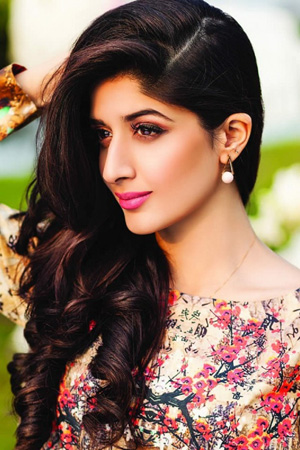 The ‘Jawaani Phir Nahi Aani 2’ actor turned ‘Big 30’ on September 28 this year, and the celebrity made sure to make it a special one with her theme. Mawra Hocane shared a series of birthday stories and a post on her Instagram account.

In the late hours on Wednesday, the actor shared the special birthday reel on her feed of the photo and video sharing application, which see her giggling as she held a silver-coloured number ‘3’ balloon in her hand while trying to ignore the ‘0’ with it. “Very graceful about my 30 the,” she wrote in the caption.

The Instagram snippet was watched by millions of her followers within a few hours and garnered numerous likes and heart-warming birthday wishes for Hocane.

Moreover, Hocane also shared glimpses of her preps to enter her 30s, as she flaunted a stone-studded manicure with the birthday digits and slipped in a white outfit with the number ’30’ displayed on the back.

Additionally, Hocane also gave a sneak peek into all the love she was showered upon on her birthday while acknowledging her family and friends.

Hocane is among the top-followed celebs of the country on social media and boasts over 7.9 million followers on Instagram alone, where she frequently posts pictures and footage of her photoshoots and behind the scene of projects.

She is also one of the most loved and celebrated actors in the showbiz industry owing to her stellar performances in super hit projects. Apart from silver screen debut in ‘Jawani Phir Nahi Ani 2?, the actor has dramas like ‘Main Gunehgar Nahi’, ‘Mere Harjai’, ‘Billo Bablu Aur Bhaiyya’, ‘Main Bushra’ among others in her filmography.