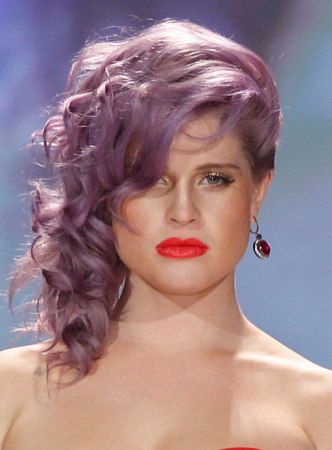 Kelly Osbourne’s baby bump just made its Red Table Talk debut. The Osbournes star, 37, gave fans a look at her bump on the Sept. 28 episode of the Facebook Watch series. “Come on out here, mom-to-be Kelly Osbourne,” Jada Pinkett Smith said in a teaser. As Kelly walked into the room with her hand on her baby bump, Jada and her mom Adrienne Banfield Norris-who host Red Table Talk with Willow Smith-gave her a round of applause, with the Girls Trip actress exclaiming with delight, “Look at you!”

Kelly announced in May that she and her boyfriend Sid Wilson are expecting their first child together.

“I know that I have been very quiet these past few months so I thought I would share with you all as to why…” she wrote alongside a May 12 Instagram post that showed her holding up a sonogram. “I am over the moon to announce that I am going to be a Mumma. To say that I am happy does not quite cut it. I am ecstatic!” Kelly appeared to hint at the news in March when her brother Jack Osbourne announced he and his fiancée Aree Greehart were expecting their first child together.

“Outside of you and Jack there is no one more excited for this baby,” she commented on Aree’s post at the time. “And you know why!!!!!!!!”

Since announcing her pregnancy, Kelly has made a few public appearances. She attended a presentation for Dior’s Men’s Spring/Summer 2023 Collection in Los Angeles May 19, later cheering on her dad Ozzy Osbourne at the 2022 Commonwealth Games closing ceremony in Birmingham England on Aug. 8.

And it looks like the family has another rocker on the way. As Kelly’s mom Sharon Osbourne recalled on an episode of the U.K. show The Talk, “She said that the baby was kicking, kicking ’cause it was so loud.”

While Kelly has shared many aspects of her life with her fans, there are some aspects she’s kept private, such as her relationship with Sid. She debuted her romance with the Slipknot DJ earlier this year with a sweet Valentine’s Day tribute.

“After 23 years of friendship I can’t believe where we have ended up!” she wrote on Instagram alongside a photo of them kissing. “You are my best friend, my soulmate and I am so deeply in love with you Sidney George Wilson.”