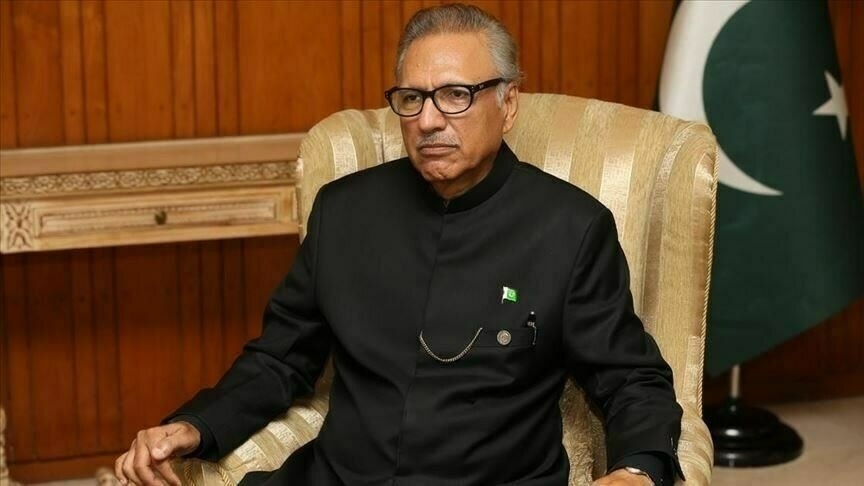 ISLAMABAD: President Dr Arif Alvi on Wednesday called for further consolidating the existing brotherly relations between Pakistan and Syria, promoting people-to-contacts, and establishing linkages between the private and public institutions of the two countries.

The president, in a meeting with Ambassador-designate of Pakistan to Syria Air Marshal (Retd) Shahid Akhtar, who called on him here at the Aiwan-e-Sadr, said Pakistan accorded high priority to its relations with all the Muslim countries, including Syria. He said cultural, religious and historical ties bound the people of Pakistan and Syria together, and the potential of bilateral relations of the two countries should be fully realized for mutual benefit.

President Alvi emphasized the need for frequent exchange of business, trade and investment delegations between the two countries to evaluate each other’s strengths and identify complementarities for further boosting the relations.

He called for expediting the implementation of the memorandum of understanding (MoU) on the establishment of a Joint Working Group on Trade and Economic Affairs.

The president advised the ambassador-designate to remain in close contact with the Syrian authorities for the successful implementation of the Zaireen Policy and also expedite the process of signing an MoU between the two countries regarding cooperation in the sphere of Zaireen (pilgrims) hospitality.

He said that Pakistan could offer online courses and educational packages of Allama Iqbal Open University and the Virtual University of Pakistan in various disciplines both in online and recorded forms for providing quality education to Syrian students.

The president also asked the ambassador-designate to convey his good wishes to the Syrian President during his meeting with him.