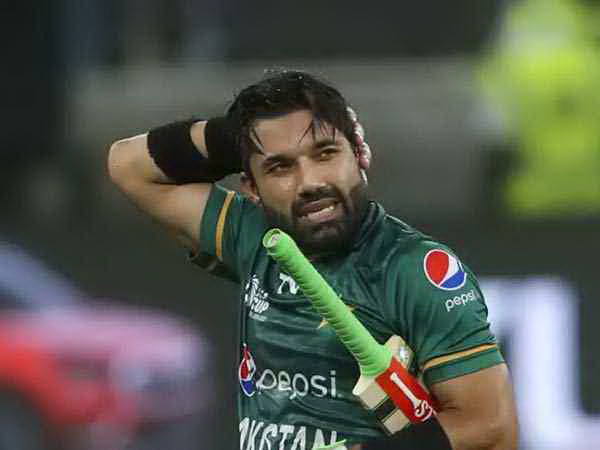 ISLAMABAD: India and Pakistan’s star performers have made big gains in the latest update of the MRF Tyres ICC Men’s Player Rankings for T20Is, released on Wednesday.

Veteran batter Mohammad Rizwan has retained his top spot in the batting charts after his brilliant displays in the ongoing seven-match series against England.

Rizwan has notched up scores of 88*, 8 and 88 in the second, third and fourth T20Is against England, helping him maintain his position at the top. His performances helped Pakistan win the second and the fourth T20Is, with the series level at 2-2 heading into Wednesday’s fifth match.

India’s Suryakumar Yadav has also gained a spot, moving up to No. 2 after his scintillating 69 off 36 deliveries in the third T20I against Australia in Hyderabad. His knock helped India chase down the target of 187 and win the series 2-1.

Australia skipper Aaron Finch also moves up one place to No. 5 after his knock of 31 in the second T20I against India in Nagpur.

England’s young sensation Harry Brook is one of the biggest gainers in the batting charts, moving up a whopping 118 places to move to No. 29 in the rankings. Brook has impressed one and all with his aggressive batting, scoring 31, 81* and 34 in the last three T20Is against Pakistan in Karachi.

In the bowling charts, pacer Haris Rauf has made quite an impression after his fiery performances in the T20I series against England. Rauf has registered figures of 2/30, 0/39 and 3/32 in the last three matches, helping him gain seven spots to move up to No. 14.

Axar Patel emerged as the leading wicket-taker in the series against Australia and his showings of 2/13 and 3/33 in the final two matches have raised his ranking by 15 places, to No.18.

Spinner Adam Zampa (down to No. 6) and pacer Bhuvneshwar Kumar (down to No. 10), have both lost a position each after a subpar showing in the series between India and Australia.

In the all-rounders’ charts, Afghanistan captain Mohammad Nabi is the new No.1, surpassing Shakib Al Hasan. Hardik Pandya has also broken into the top four, after his impressive showings in the series against Australia.

Pandya notched up scores of nine and 25* in the last two T20Is against Australia, while also chipping in with some handy overs. He is now joint on the fourth spot along with Sri Lanka all-rounder Wanindu Hasaranga.

With plenty of T20Is coming up as teams gear up their preparations for the ICC Men’s T20 World Cup 2022 in Australia, starting in October, there is sure to be plenty of movement as players jostle for positions in the rankings charts.