Pakistan’s Sajid Sadpara adds another feather to his cap 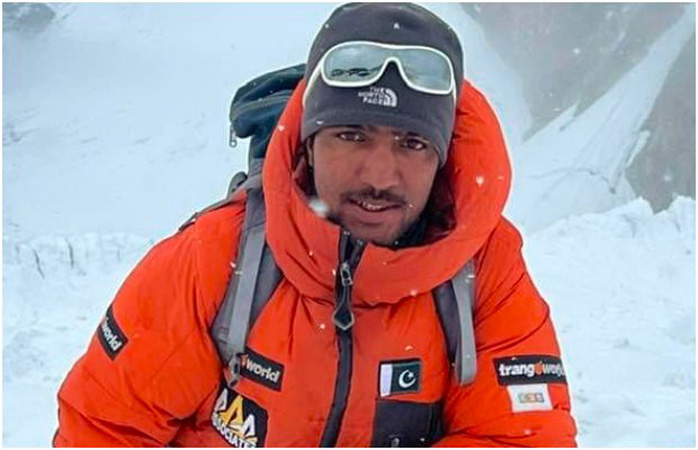 LAHORE: Pakistan mountaineer Sajid Ali Sadpara, son of renowned high-altitude climber Muhammad Ali Sadpara, successfully scaled the world’s eighth highest peak — Mount Manaslu — in Nepal without the aid of supplementary oxygen. Sajid has become the first Pakistani to climb the ‘True Summit’ of Manaslu. Mount Manaslu is 8,163 metres above sea level. It is in the Mansiri Himal, part of the Nepalese Himalayas, in the west-central part of Nepal. The name Manaslu means “mountain of the spirit”. Before Sajid achieved the feat, his expedition reportedly avoided an avalanche which struck below C-4. He had crossed 8,000m at this time. Sajid has already summited K2 (8,611m) twice. The mountaineer has also climbed the peaks of Gasherbrum-I (8,080m) and Gasherbrum-II (8,035m) without additional oxygen. Manaslu’s “true summit” became the centre of attention when last year renowned Nepali climber MingmaG claimed that all previous summits done at the peak were not the actual summit and there’s still distance left from the actual top of the mountain. Following Mingma’s revelation, several climbers aiming for different records had announced to re-summit Manaslu including Pakistan’s Sirbaz Ali and Shehroze Kashif.

In July last year, it was reported that Sajid had retrieved the bodies of three missing climbers including his father, who went missing while attempting to summit K2 in February 2021, from the ‘Bottleneck’ and secured them at Camp-4. According to Sajid and government officials, the bodies were spotted below the Bottleneck by Sherpas. Ali Sadpara, along with two colleagues — John Snorri Sigurjónsson from Iceland, and Juan Pablo Mohr Prieto from Chile —- were declared dead on Feb 18, nearly two weeks after they went missing on the ‘Savage Mountain’. The trio had lost contact with the Base Camp on February, 5 while attempting an unprecedented winter ascent without supplemental oxygen.