Aymen Saleem trolled for her outfit choice at the Hum Awards 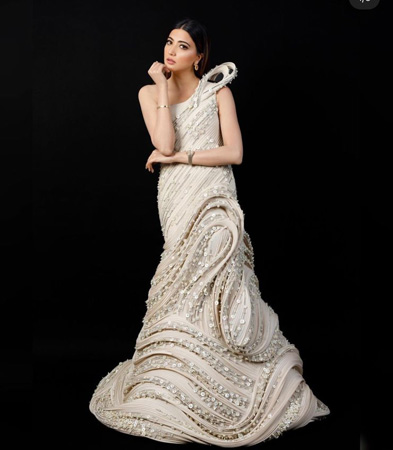 They compared her dress to several sweet delicacies.

Pakistani celebrities have mostly been criticized for their outfit choices and this time Aymen Saleem’s dress from the HUM Awards has become a topic of discussion.

A person tweeted a picture of her dress along with Bakarkhani and captioned it, “Close enough?”

On Aymen’s Instagarm post, a user commented, “What is she wearing?” while another objected, “Why is she wearing such a dress, was she in Hollywood?”

A social media user said, “Her dress looks more like ice cream.” and another compared her dress to cream on the cake. A netizen said that the actor is spreading vulgarity.

Saleem made her debut with the Ramadan Special sitcom Chupke Chupke for which she received the best actor award in the 8th HUM Awards.