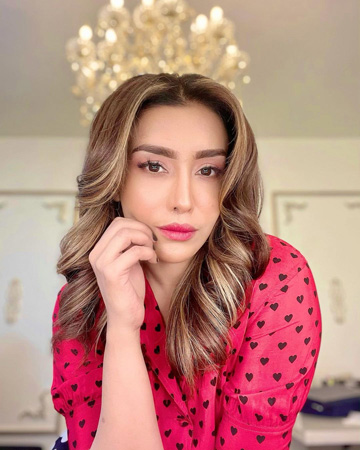 Actress Maria Khan recently opened up on her marital life experience on a television show. “We had bad circumstances, obviously. Me and my mother were hiding from my father and during this, I got married at early age, he was on his pocket money, I went to my in-laws’ house, my mother was with me, my husband was beloved child of the house even at the age of 21. My in-laws used to humiliate my mother, he had to face his family’s anger because of me, but he stood with me,” the “Kisay Awaz Doon” actress said.

“I started earning, he was on pocket money, we were doing good by managing things together. My maternal grandmother also came with me at my house, but, at least, we were given shelter by my father in law. We bought plot, I had a tough time in his house, I used to cook food for 40 ppl to please them, the in laws were happy with me in the end, we won their hearts, I became favourite Daughter in law as well but it could not go for long, my husband used to say, I will go before you and yes, he went,” she added.

It is to be remembered that Maira’s husband died in an accident.