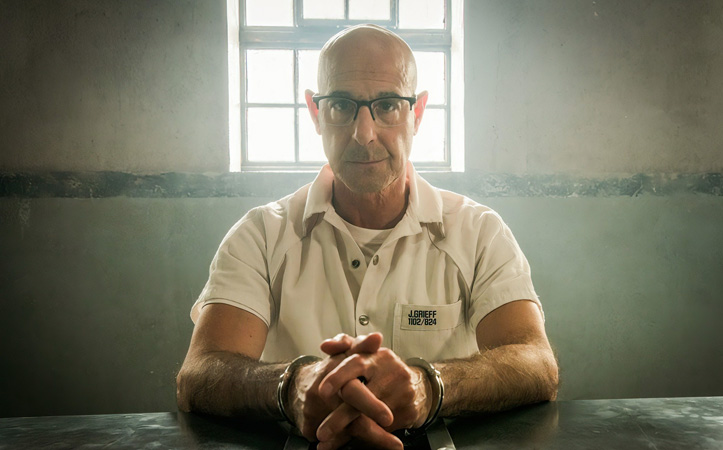 I wonder how Anthony Hopkins feels about being a serial killer, not just for an age but, the way things are shaping up, for all time? It is 31 years since he gave us his Hannibal Lecter in The Silence of the Lambs – since he sucked his teeth and looked down the lens straight into our livers and spoke in the light, Larry Hagmanish drawl that made everything he said 300 times more gruesome. He remains the nonpareil and it is hard to come out from under his boiler-suited shadow.

In the new Steven Moffat drama Inside Man, Stanley Tucci is burdened by many parallels with the great man/awful character. He plays Jefferson Grieff, a softly spoken, highly intelligent prisoner, on death row for murdering his wife. People come to him for insight into their stalled cases and he enjoys toying with them until he deigns to provide his unsettled visitors with solutions to their problems. The latter are deduced in a manner that can only be described with reference to another great man/awful character, Sherlock Holmes, whom Moffat himself resurrected in a way that will probably prove as hard to beat for the next few generations. Tucci works hard to make him his own man, but it is elsewhere that the real innovation lies.

Grieff’s story at first runs alongside an apparently unrelated narrative unfolding in an English village, around sweet vicar Harry and a – pivotally – unsweet maths tutor Janice. We meet her seeing off a young, drunk man who is intimidating young journalist Beth Davenport and other women on a tube carriage. This core of steel and possibly this journalist, are going to make Harry’s life very difficult soon. 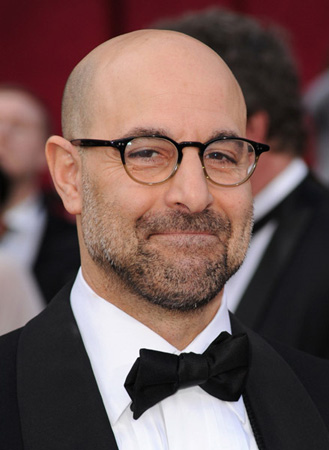 Vicar Harry is given a flash drive by his troubled young verger Edgar that turns out to contain child sexual abuse images. An unlucky chain of events means Janice sees it, and believes it belongs to Harry’s son Ben. He is an incredibly unrewarding teenager, but Harry loves him and tries to convince Janice that she is mistaken, without betraying Edgar. This is a weak point in the tale. I suspect a lot of people were screaming, like me, at the television: “Betray the paedophile!” But we all understand how fiction works, so a little more effort to suspend disbelief is applied and on we go.

A struggle between Harry and Janice ensues and she ends up unconscious in the cellar. Harry locks the door behind him. And the show becomes a twisting interrogation of Grieff’s assertion that we are all murderers – we just haven’t met the right person yet.

When Beth visits the prison to interview Grieff for a piece, and then ask his advice about the missing Janice, the weaving together of the stories begins. Only the first two of the four episodes were provided for review but the mystery is clearly going to deepen.

Inside Man is typical Moffat fare. Rollickingly confident, meaty, funny, clever. Wells – cast here after her tremendous turn in Moffat’s last project, the glorious Dracula, and hopefully now a permanent member of his rep company – is brilliant as Janice. The ineffable oddity and unremitting moral authority she brings to the trapped woman gives the whole thing an anything-could-happen air that shifts you anxiously to the edge of your seat, even though nothing truly terrible has occurred. Tennant is in non-frantic, non-spitty mode – which is a relief. Tucci sells his slightly smug, slightly portentous section of the script well, and some fine comic relief is provided in the form of his sidekick, Dillon, a serial killer from the next cell. Think Brooklyn Nine-Nine’s Doug Judy with a murderous edge. If you aren’t a Moffat fan, watch it for Dillon alone. If you don’t get sucked into the rest of the romp, I would be surprised, but I’d like to think you had this joy at least.