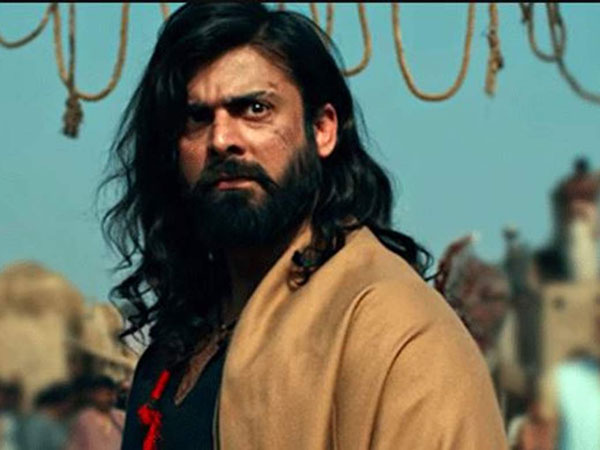 ISLAMABAD: Gorgeous lady and one of the most praised actresses of Pakistan, Mahira khan recently shared her official Look from her upcoming film The legend of Maula jatt, which left celebs in a praising mood.

Khan’s most anticipated film, The Legend of Maula Jatt is all set to be aired on October 13 while the cast and crew are busy in promotional activities for the film. Khan took some time to surprise fans with the fierce look of her character as Mukkhoo Jatti.

Soon after the post, social media users started to praise the excellent character depiction and amazing styling of the film star. As the star received so much love from fans for her new character appearance, many celebrities also showered their support and admiration.

The ‘Humsafar’ star captioned her official Instagram post stating “Don’t Think You All Are Prepared” to which her Showbiz fellows answered with immense love & support.

Sanam Saeed replied, “No we are not” along with a hearty smile.

Karachi Se Lahore Star Ayesha Omer stated “OO No We Are Not. I Want More”

Imran Abbas replied, “Can’t Wait” along with a loving emoji.

From times untold where legends are written in soil with blood, a hero is born. Maula Jatt, a fierce prizefighter with a tortured past seeks vengeance against his arch nemesis Noori Natt, the most feared warrior in the land of Punjab. Loyalties are challenged and families torn apart in this epic tale of truth, honour and justice.