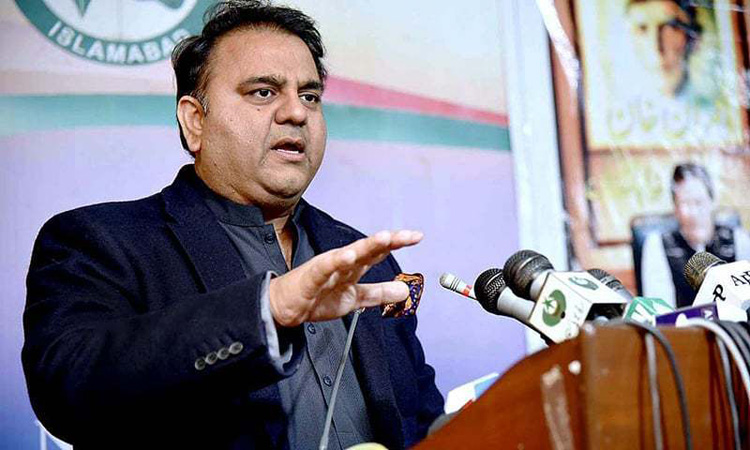 PTI leader Fawad Chaudhry has termed the slew of audio recordings a “major security lapse” and demanded a “thorough investigation” to expose those responsible. Addressing a press conference in Islamabad, Chaudhry lamented that phone tapping had “unfortunately become a common occurrence in Pakistan”. He said the current leaks had caused a “national security crisis” in the country. This shows that the PMO is quite weak in terms of cybersecurity and anything can be leaked from there, he stated. The ex-minister claimed that the hacker who was in possession of the alleged recordings was saying he had more important audios which had not yet surfaced. Chaudhry quoted a private TV channel as reporting that the government was now “holding talks with the hacker to block the release of more recordings”. The PTI leader also played the recordings during his presser as he castigated PM Shehbaz and the PML-N for “not being able to run the government” effectively. “We are going to place these audios before the Supreme Court of Pakistan,” he said, demanding an independent probe. He also sought the government’s official statement on the matter. Chaudhry also demanded action against the prime minister for allegedly facilitating the procurement of machinery from India on Maryam’s insistence, as revealed in one of the audio recordings. “A new National Accountability Bureau (NAB) reference must be filed against the prime minister for the alleged misuse of authority. I also ask the National Assembly speaker to summon the premier and other MNAs before the privilege committee to answer about it,” he said. Later in a tweet, he also demanded the CEC’s resignation.