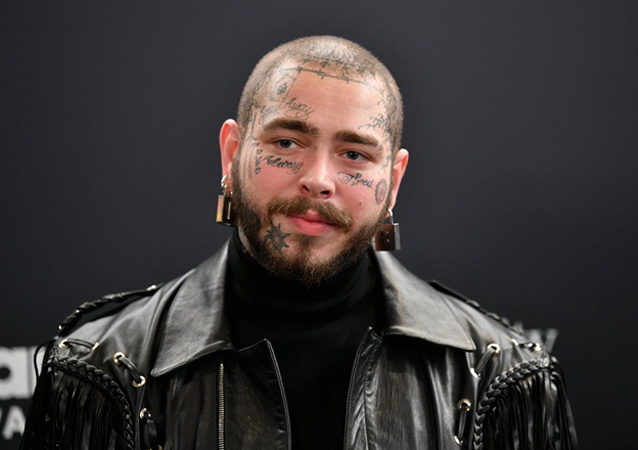 Post Malone is back in a hospital following his recent stage accident.

On Sept. 24, the “Rockstar” rapper shared a grim health update with his fans on his Instagram Story, adding that he has been forced to postpone his second show at Boston’s TD Garden that night. The news comes a week after he suffered a nasty fall onstage at a concert in St. Louis.

“Boston, I love ya’ll so f–king much,” the 27-year-old wrote. “On tour, I usually wake up around 4 o’clock PM, and today I woke up to a cracking sounds on the right side of my body. I felt so good last night, but today it felt so different than it has before. I’m having a very difficult time breathing, and there’s like a stabbing pain whenever I breathe or move. We’re in the hospital now, but with this pain, I can’t do the show tonight.”

The rapper is scheduled to perform next in Cleveland on Sept. 27 and the North American leg of his Twelve Carat Tour runs through mid-November. In January, he is set to travel abroad, to perform shows in New Zealand and Australia.

On Sept. 17, Post was performing at the Enterprise Center in St. Louis when he fell against a hole on stage, hitting his chest. He paused the show, then returned, apologized to the audiences and performed five more songs before heading to a hospital.

There, he was diagnosed with bruised ribs.

He later said in a Twitter video, “They gave me some pain meds and everything and we can keep kicking a– on the tour.” He also promised his fans in St.

Louis that the next time he was in their area, he would perform a “two-hour show” to “make up for the couple missed songs that we missed.”

He added, “Thank you guys for your support and thank you for your love and thanks for hanging around even though I got my a– kicked by myself. I love you guys.”