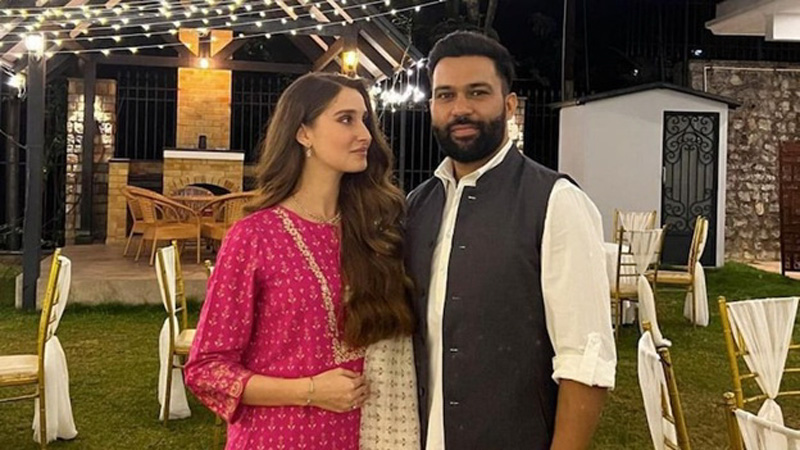 Known for films like Gunday, Sultan, and Tiger Zinda Hai, director Ali Abbas Zafar, who tied the knot last year, announced the arrival of his first child with wife Alicia on social media. The couple welcomed a baby girl earlier today and the filmmaker took to social media to pen a note and has also announced the name of his daughter to be Alija Zehra Zafar, since her name starts with the word ‘Ali’ just the names of the couple.

Taking to Instagram, Ali Abbas Zafar posted a photo of his wife Alicia with her baby bump and captioned it with a welcoming note where he also explained the reason behind naming her Alija. He wrote, “Alicia and I began our journey with love , love which is beyond borders – colour & Race , we are very fortunate that we found each other and got married , Now after almost after 2 years we are thankful to Almighty Allah for blessing us with most beautiful gift of our life. She came in our life on 24th September at midnight 12.25 . Please welcome our bundle of Joy – Alija Zehra Zafar ?? Ali Alicia Alija #Aliverse.”

Ali Abbas Zafar and Alicia got married in January 2021 in an intimate and private ceremony. The filmmaker had announced about them taking the plunge on Instagram, followed by which, he also shared a series of photos from their small wedding ceremony. He had captioned one of the posts saying, “1400 years ago Imam Ali said to Fatimah Al- Zahra’s, all my worries and sadness disappears when I look at your face , I feel the same Alicia Zafar. Mine for life.”

On the work front, Ali Abbas Zafar recently directed the film starring Diljit Dosanjh and Amyra Dastur which is set against the backdrop of the 1984 Sikh riots and it released on Netflix on September 16, 2022. He also has the film Bade Miyan Chote Miyan as well as an untitled venture with Shahid Kapoor in the pipeline.