Dar set to take over as finance minister 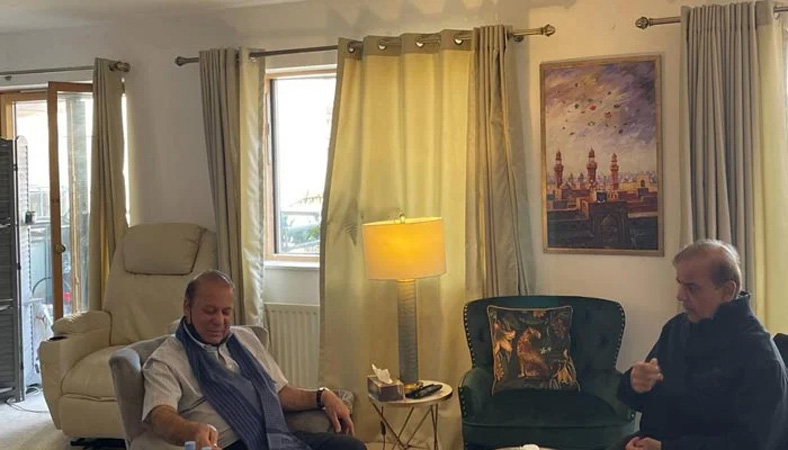 PML-N leader Ishaq Dar will assume charge as the finance minister on Tuesday and the current Finance Minister Miftah Ismail will continue to remain part of the government, Prime Minister Shehbaz Sharif and PML-N decided during an important meeting here on Saturday, a private TV channel claimed. Both Sharifs met in London for over four hours at Shehbaz’s flat. Dar was also in attendance. The TV channel claimed that it has been decided that Dar will assume charge as the finance minister next week, most likely on Tuesday. Talking to the media in London following the meeting, Dar said that it was a family meeting. He said that his flight for Pakistan was booked on Wednesday. However, the decision whether he will be boarding the flight with the premier will be finalized on Sunday (today). Earlier this week, Dar had said that he would be returning to Pakistan soon after he told an accountability court in Pakistan that he will return before the October 7 date. Dar had previously said that after he returns, joins the case against him and takes oath of the Senate seat, he will await the next assignment to be tasked by his party.

Now, sources suggest, he has been tasked with leading the finance ministry and righting the country’s economy. Reports said that Nawaz had not been happy with the economic policies of Miftah and had called for a change in the direction of economic policies. Nawaz, according to the TV channel, is worried that the rise in prices of commodities had directly affected ordinary people which has impacted the support base of PML-N.