Bringing about change in Punjab not a big deal: Sanaullah 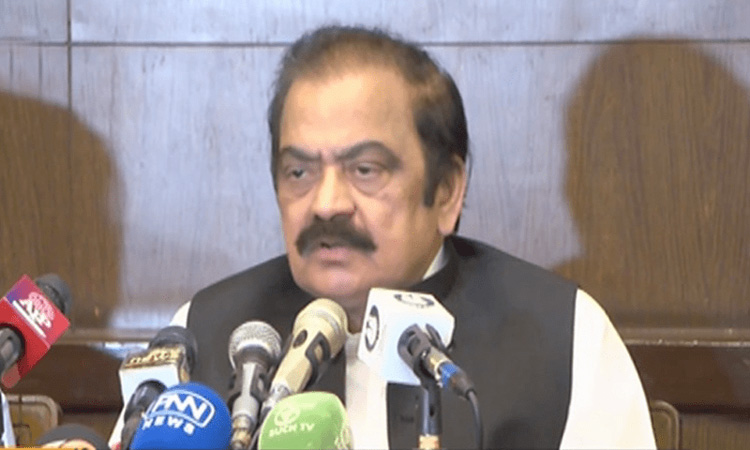 Addressing a news conference in Lahore, Rana Sanaullah said Dar would help Prime Minister Shehbaz Sharif to manage the country’s economic affairs in a better way. About the PML-N supremo Nawaz Sharif’s return, the interior minister said he was the party leader and the PML-N could not impose any decision on him, but it had requested him to be present to lead the party’s election campaign next year. “He has accepted this and … whenever elections happen, Nawaz Sharif will be back in Pakistan before that,” he said.

Sanaullah’s statement came a day after an accountability court suspended an outstanding arrest warrant against Dar, paving the way for the former finance minister’s return from London, where he has been living in ‘self-exile’ for the past five years or so. To a question, Sanaullah said the agreement with the IMF was delayed just because of poor policies of Imran Khan.

Sanaullah said the PML-N had given priority to the country’s interest over its political interest, and took some difficult decisions. He said those who were claiming to be popular, their misdeeds were in front of people. The minister criticized the role of Shaukat Tarin who wanted to create hurdles in finalizing an agreement with the IMF. He said: “The PML-N is well aware of tactics which the PTI uses for holding its public meetings. Imran Khan just wants to come to power for which he is creating hurdles in the development process of the country,” Sanaullah said.

He said the PTI would not be allowed to spread chaos and disorder in the guise of protest, and added that law enforcement agencies would take due course of action if limits would be crossed. He said the PTI will only be allowed to protest at a place designated by the court, and that the protestors will be stopped if they tried entering the red zone.

The minister said that the federal government will try to minimize the use of force, but if Punjab and Khyber-Pakhtunkhwa – provinces where the PTI is in power – did not provide the requested forces then the interior ministry has the paramilitary forces to support it. To another question, he said it was not a big deal to bring about a change in Punjab. The minister, discussing the appointment of the next chief of army staff, said that if they ceded to Imran’s pressure, the organisation would be “damaged”. He held that the appointment of the COAS would be conducted on time and as per procedure, and that any delays or premature decisions could lead to problems.