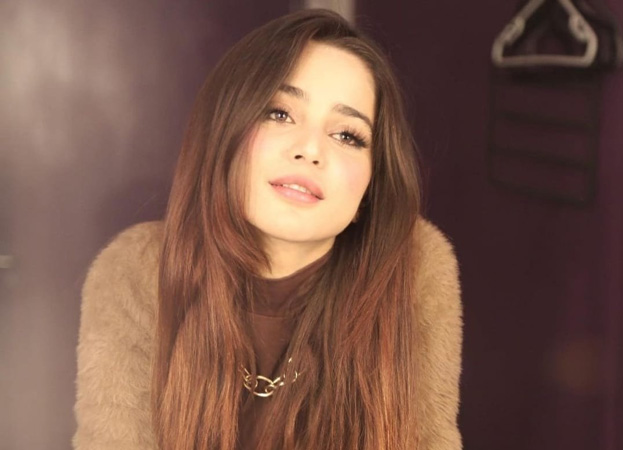 The Aima Baig – Taloulah Mair fiasco has taken a new turn after the latter made new revelations in a YouTube video. Posting a series of videos on YouTube, Taloulah claimed that Aima had shared fake screenshots and lied about the rape allegations.

The Na Cher Malanga Nu singer has been in hot waters since she publicly announced her split with Shahbaz Shigri and reports surfaced of infidelity.

The British model claims that Aima cheated on Shahbaz Shigri with her ex-boyfriend and filmmaker Qes Ahmed while they were still together.

On September 23, Taloulah released video on her YouTube channel replying to Aima’s recent Instagram stories and stated that the singer is lying about the rape allegations against her ex-boyfriend while sharing screenshots of a WhatsApp conversation between them.

She started the video by sharing screenshots of their conversation on Aima’s Instagram stories and said, “I’ve never got these messages. These are fake, if you look at the screenshots she blurred my name.”

“I always speak in voice notes. I am giving you permission to share our voice notes conversation. Share the actual conversation between the two of us,” Taloulah said. The British model added, “I am sorry this backlash is hurting you, but you are not the only one who has gone through this pain. When you had an affair you hurt a lot of people. There was your fiancé, who probably has no idea, he was waiting for you to return home after ‘your trip’.”

Taloulah also talked about Aima’s fake rape allegations, she said, “Aima said that Qes and I forced her to say that she was raped in the phone call audio which I had released. This is not true. I have screenshots. I wish I could make you tell the truth.”

In one Instagram story, Aima claimed that Taloulah is doing all of this for fame. She was allegedly also accused of blackmailing by Qes in his posts. However, the British model responded that she’s from the West and if she had been doing this for fame she would have chosen someone from the West. She also claimed to know the destination chosen by Qes and Aima for their fling.

“The other allegation she put on me was that I am doing this for fame, until you had an affair with my boyfriend I had even not heard your name. I don’t know who Aima was. When somebody told me that my boyfriend spending some time with a girl in Dubai then the first time I came to know about you,” Taloulah said.

The model advised Aima to own up to her mistakes and stop making it personal. She further said in the video that Aima has learned at least one lesson from this incident that never cheat on your boyfriend with another woman’s man and if you do then be ready for the consequences.