Atif Aslam talks about his rift with Asha Bhosle 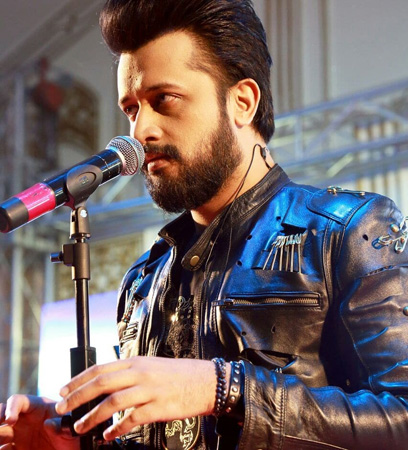 Pakistan’s singing heartthrob Atif Aslam, who also stepped up in acting, has recently talked about his rift with Indian legendary singer Asha Bhosle.

In a private television channel’s entertainment show, Atif revealed that all the rifts in Indian reality show were for real.

Replying to host Ahmed Ali Butt’s question related to Asha Bhosle, Atif Aslam said, “I had a rift with her in start because of the show which we were doing, it was not very friendly relation and it went on, for some time. Actually, her daughter was my fan and that is why she called me and said that my daughter says that why do you always fight with this handsome guy, if I can like him, can’t you like him too, after that statement of my daughter, I have forgotten everything and now I like you, it was so big of her which won my heart.”

Replying to the question, “if those rifts were scripted or real?”, Atif Aslam said, “all those rifts used to be real and we had to shut the recordings in between the show for four to five hours, we used to resume the recordings of the show after the requests of directors and producers.”