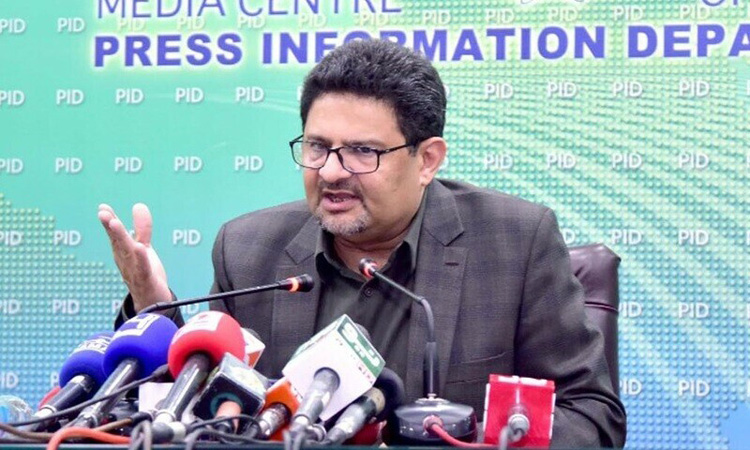 Finance Minister Miftah Ismail said on Friday that the International Monetary Fund (IMF) had agreed to increase the amount of the next tranche as part of the Extended Fund Facility (EEF) programme, while also hinting at the possibility of relaxation in the conditions of the agreement. In an interview with a private news channel, the minister revealed that he had been in conversation with the IMF Managing Director (MD) Kristalina Georgieva and added that he foresaw “a lot of negotiations” before matters could be finalised still. Speaking separately to another TV channel, he also added that Prime Minister Shehbaz Sharif had met with the MD as well and that the impact of the floods on the country’s “changed economic situation” was discussed. “They have, indeed, understood our concerns and almost expressed agreement with that, however, the formal discussion will take place in two weeks when I will visit Washington DC,” he added. He was also confident that the government would be successful in convincing the World Bank to release $2 billion in funds to Pakistan “by the end of the year”. “After the floods if all of Sindh’s cotton is destroyed then obviously we will have to import it,” he said, anticipating an increase in imports.

“Similarly, if we fail to sow wheat in a timely manner then that would reduce the wheat [production] as well.” “What should we do? Shall we let our people die?” the minister questioned. “Certainly we cannot let that happen. We will have to import that [wheat] too.”

Ismail also revealed that he had met with Bill Gates – co-founder of a charitable foundation dedicated to the reduction of poverty and advancing healthcare and information technology. “We spoke with him about milk [and] other things,” he added.

The PM also spoke with the Saudi Crown Prince Mohammad bin Salman, Miftah told the media. “With him, we also spoke about food for children,” he highlighted.

Miftah Ismail had told a Reuters interview earlier this week that there was no chance of a credit default risk. The government needs to pay $1 billion on bonds maturing in December. It has interest payments worth around $0.6 billion for the 2022-23 fiscal year but the next full bond redemption is not until April 2024.

Miftah said in Friday’s Tweet that the $1 billion bond would be paid on time and in full. “We have a $1 bn bond due in December which we will pay on time and in full”, he said, adding that the government had been servicing all the commercial debt and would continue to do so.

He said Pakistan’s Eurobond debt was only $8 billion due till 2051 which was not a large burden. “A significant portion of our debt is from friendly countries who have said they will re-roll their deposits”, he added.