Federal Minister for Planning Ahsan Iqbal on Friday said that Pakistan Tehreek-e-Insaf (PTI) Chairman Imran Khan should avoid a long march in Islamabad in the current situation, a private TV channel reported. Talking to the media, the federal minister lashed out at the PTI chairman and said that he (Imran) has become so blind in politics. Iqbal further criticized the former prime minister [Imran Khan] and went on to say that he jailed opponents during his rule and is now criticizing the incumbent government on the economy. Responding to former federal minister Sheikh Rashid, Ahsan said that the government is not asking for money but are asking for the rights of a country from the western countries. Ahsan further said, “We have one percent share in emissions because we are affected by the carbon gas of developed countries.” Prime Minister Shehbaz Sharif is shaking the conscience of the world in New York, he added. Stating that more than 1,600 people died in the floods, Ahsan claimed that the opposition has playing politics of hatred and chaos amid the floods. He added that if they [opponents] cannot help the victims, at least keep quiet as they are trying to stop the aid to the flood-affected people. The federal minister said that the country lost $50 billion due to PTI rule, adding that he [Imran] left behind the burden of debt and deficit. 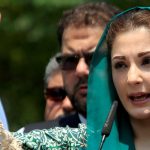 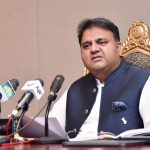