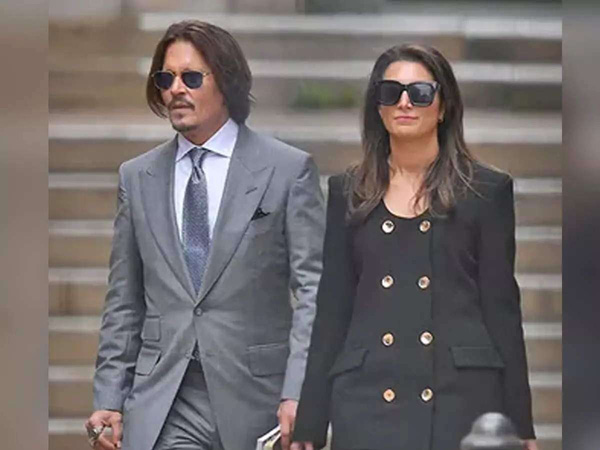 Johnny Depp’s new romance is raising eyebrows. The Pirates of the Caribbean actor, 59, is dating Joelle Rich, a London-based attorney who represented him in his U.K. libel lawsuit against The Sun, a source confirmed to E! News.

Rich was part of Depp’s legal team when he filed a lawsuit against the British tabloid in 2018 for labeling him a “wife-beater” in reference to his former marriage to actress Amber Heard, a claim Depp denied. However, Rich was not a part of his counsel in his defamation trial against the Aquaman actress in the US earlier this year.

Though Rich was not on Depp’s most recent legal team, she did show her support to the Rum Diary actor by making several court appearances during his trial.

On May 3, she was photographed outside the Virginia courthouse hugging, Camille Vasquez, who was part of Depp’s US legal team. And almost two weeks later, she was spotted inside the courtroom.

However, the lawyer shut down the speculation, telling People that the internet created a “disappointing” narrative.

“I guess it comes with the territory of being a woman just doing her job,” she said in June. “It’s disappointing that certain outlets kind of ran with it or said that my interactions with Johnny-who is a friend and I’ve known and represented for four-and-a-half years now-that my interactions in any way were inappropriate or unprofessional.”

Vasquez also said that the rumours about her dating Depp were “sexist.”

“It’s also an unethical charge being made,” the attorney added. “It’s unfortunate and it’s disappointing, but at the same time it kind of comes with the territory. I can’t say I was all that surprised.”