No peace between Pakistan, India without Kashmir resolution: FM

* Bilawal says onus on India to create conducive environment for dialogue
* No help offered, or sought from India after floods 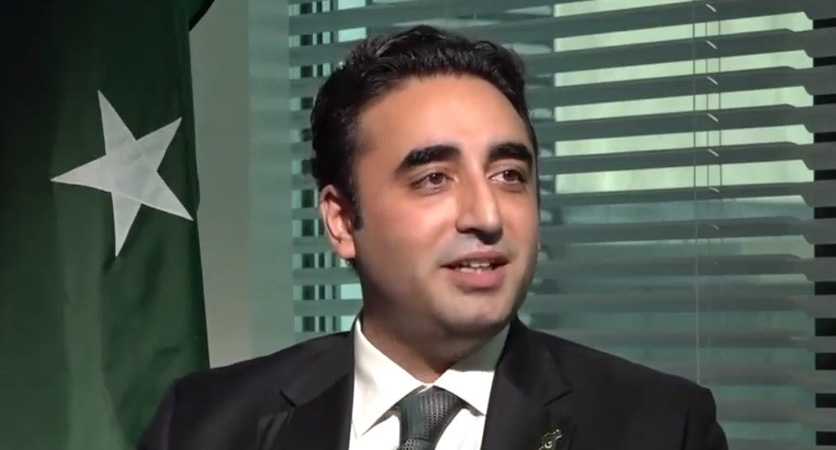 Foreign Minister Bilawal Bhutto Zardari Thursday said Pakistan desired peace with India but it was evident that unless the Kashmir dispute was resolved, there would be no durable peace between the two countries.

He was delivering an opening statement as chair of the OIC Council of Foreign Ministers at the OIC Annual Coordination Meeting in New York. “We are prepared to resume a sincere dialogue with India for a peaceful resolution of the Jammu and Kashmir dispute. However, the onus is on India to create a conducive environment for such a dialogue. It must rescind its unilateral and illegal measures instituted since August 5, 2019 and halt its human rights violations in IIOJK,” the minister said. “Kashmir is our common cause. Jammu and Kashmir and Pakistan are bound irrevocably by geography, faith, history and culture. Kashmir is Pakistan and Pakistan is Kashmir,” he said.

He said the Islamic world must evolve collective and concerted responses to the political, economic, climate and other challenges facing the world today. “In 1945, the Islamic countries were unable to express, advocate or defend the vital interests of their peoples in the creation of the post-war world order,” he reminded. “Most of us did not participate in the formulation of the UN Charter. As a result, no Islamic nation is a permanent member of the Security Council with veto rights,” he said.

“As the second largest international organization, our collective effort should seek to preserve the national security, sovereignty and territorial integrity of each of our member states,” he added. Bilawal urged OIC to evolve its institutional framework and tools to address the challenges of peace and security within the Islamic world. “It is important that we identify how the OIC can equip itself with the tools required to promote conflict prevention, mediation, reconciliation and peace building within and outside the Muslim world,” he said.

Earlier, Bilawal said India did not reach out to help Pakistan as unprecedented flooding in the country devastated infrastructure and affected over 33 million people. In an interview with France 24 in New York, the Pakistan People’s Party chairman in response to a question said that the neighboring country has not helped Pakistan, and Pakistan has also not asked for help either. Describing the current relations with India, the foreign minister said, “We have a long and complicated history with India… Unfortunately, the India today is a changed India. It is no longer the secular India promised by its founding fathers for all its citizens.”

“It is increasingly becoming a Hindu-supremacist India at the expense of its Christian and Muslim minorities and that’s not the sort of Muslim minorities within India but unfortunately in the disputed region of IIOJK.” Bilawal said India’s “absolutely racist” and “Islamophobic” policy has caused reaction not only within Kashmir but all across India. The PPP chairman added that the Muslim minority in India is feeling persecuted and insecure. He also said that this is an active policy of the state and this is how the government of India are treating their own Muslim citizens and that one can only imagine how they are treating the Muslims of Pakistan and IIOJK. Bilawal added that he believes the younger generation on both sides wants to see the countries living in peace.