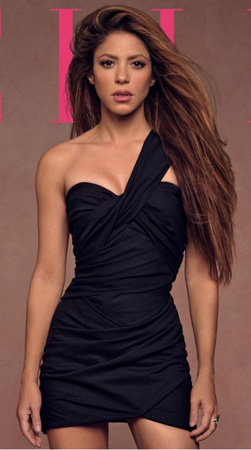 Shakira won’t lie: It’s hard talking about her split from Gerard Piqué. Though it’s been three months since the superstar singer, 45, and the soccer player, 35, announced their breakup, Shakira is still finding it difficult to address her family’s new chapter. “I’ve remained quiet and just tried to process it all,” Shakira-who shares sons Milan, 9, and Sasha, 7, with Gerard-told Elle in the publication’s October cover story. “Um, and yeah, it’s hard to talk about it, especially because I’m still going through it and because I’m in the public eye and because our separation is not like a regular separation. And so it’s been tough not only for me, but also for my kids. Incredibly difficult.” “I have paparazzi camping outside, in front of my house, 24/7,” Shakira added. “And there’s not a place where I can hide from them with my kids, except for my own house. You know, we can’t take a walk in the park like a regular family or go have an ice cream or do any activity without paparazzi following us.”