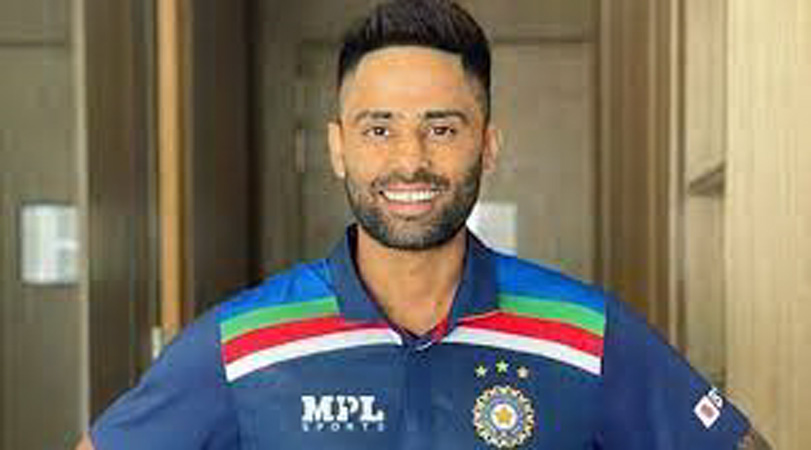 LAHORE: India star Suryakumar Yadav has continued his recent push towards becoming the best T20I batter in the world after he made further inroads on the latest ICC Men’s Player Rankings. Yadav impressed with a classy 46 for India during their narrow loss to Australia in Mohali in the opening match of their three-game series on Tuesday and it helped him inch closer towards Pakistan opener Mohammad Rizwan at the top of the T20I batter rankings. The right-hander jumped in front of Pakistan captain Babar Azam and into third place on the latest list of T20I rankings for batters that were released by the ICC on Wednesday, with Rizwan now just 45 rating points in front of him.

Rizwan hit a half-century in Pakistan’s loss to England in Karachi on Tuesday and maintains a narrow advantage at the top of the rankings with a career-high total of 825 rating points. But South Africa star Aiden Markram (792 rating points) and Yadav (780) are within striking distance and will get the chance to make a run for the top ranking with the start of the ICC T20 World Cup in Australia less than a month away. Babar drops to fourth on the latest rankings following his below par Asia Cup and a return of 31 against England in the series opener of their series, while England’s Dawid Malan (725) and Australia skipper Aaron Finch (715) round out a classy top six.

A host of India and Australia players made significant ground on the latest set of T20I rankings, while England and Pakistan players also caught the eye. Explosive India star Hardik Pandya rocketed up 22 places to 65th overall on the batter rankings following his superb 71 not out against the Aussies, while team-mate Axar Patel shot up 24 spots to 33rd on the list for bowlers after he collected three wickets during the same match.

Men’s T20I Bowling Rankings: Consistent seamer Josh Hazlewood maintains his place as the No.1 ranked bowler and the right-armer displayed his prowess with the key wickets of Rohit Sharma and KL Rahul in that high-scoring showdown. England spinner Adil Rashid stays in third and on the coat-tails of Hazlewood and second-placed Tabraiz Shamsi following a two-wicket haul against Pakistan, while returning veteran Alex Hales re-enters the T20I batter rankings following a three-year hiatus from 20-over international cricket. Pakistan quick Haris Rauf moves up four spots to 21st on the latest list for T20I bowlers after a strong showing against England, while team-mate Mohammad Nawaz jumps three places to 31st.