* One of his poems, 'Gangrene,' highlights similar aspects of his poetry wherein he speaks on behalf of the suffering humanity because of the ignorance of the people 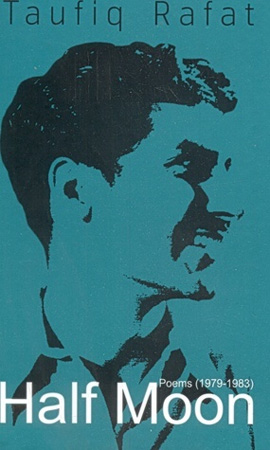 The postcolonial world of literature rapidly evolves into new realities of life in such communities, but at its heart, it still caters to the basic binary opposition patterns.

One of these is literature in English produced by the indigenous writers to represent their people and that is what qualifies them for being labelled as postcolonial writers. One of these is Tofique Rafat who has been writing his celebrated poems in English and published them worldwide. He has earned accolades as one of the best Pakistani poets in English and represents especially his people in their true spirit in bright light. His poetry primarily reflects the indigenous Pakistani life with a philosophy that the Pakistanis are a nation with their specific characteristics and culture, which demands that they should also be the focus of the international debate on education, health, and the impact of the global world on them.

One of his poems, ‘Gangrene,’ highlight similar aspects of his poetry wherein he speaks on behalf of the suffering humanity because of the ignorance of the people and lack of awareness. This is coupled with the government’s failure to provide for the people’s basic needs for survival. Many Pakistanis have given up their young lives only because they could not access the medical facility around them or because of the lack of awareness about this facility causing tragedies in their lives. This has been going on since 1947 and could not change even in the 21st century. The government’s unwillingness to punish and remove the non-professional people who not only mint money at the cost of innocent people but also damage their bodies and become the cause risk to their life.

‘Gangrene’ carries the story of a young boy who fell from the roof while he was attempting to catch a flying kite. Catching kites in the spring is a favourite activity that the young do, but the same has resulted in the loss of life and property of people because of the absence of any implementation of the law. The boy falls and gets his shoulder dislocated. The local wrestler, supposed to deal with all kinds of bone repair, bandages the arm and administers some medicine without looking deeply into the injury because he is neither professional nor does he have the necessary machine, instruments, and knowledge to do so. The poet comments:

It is truly a miracle, he said; the boy could have broken his neck. This is nothing but a fracture. So, the victim keeps experiencing pain and with the passage of time, the injury begins to show effects of gangrene in the shape of changing skin colour and damage to the skin. The skin colour began to turn green, and the foul smell of rotting began to be felt. The parents again give money to the wrestler and return home, newly satisfied, till the pain becomes unbearable, and the smell also stresses itself. However, the wrestler still was not ready to accept his inability. The poet expresses this painful situation in the following words,

But when the limb blackened and began to stink, they got frightened.

The villagers knock at the doors of the city hospital after all, but the time has lapsed beyond limits, and the doctor recommends the amputation of the arms of the boy to save his life. The parents are shocked and refuse to do it. The parents decide to change the doctor to save their son’s life because they cannot accept the amputated boy. The father said the boy should have died instead of living with an amputated arm. The following hospital and the doctor could not save the boy, who died on the very stretcher of the operation room. The catch line of the poem, therefore, is, I heard that the boy died on the operating table.

The poet has initiated the debate and discussion on Pakistan’s health, education, and political system, which has been unable to provide health facilities to its people so far. This condition could be improved by raising the number of hospitals in the villages and making access to them very easy. Besides, the awareness campaigns about the occasional accidents and diseases and the access to doctors should be maximized. The piece of literature has made a perfect statement of the people’s problems in most postcolonial societies, and it is very loudly calling for solutions. This is the job of literature and Rafat treats this so well. The poem is written in simple English and can be understood very comfortably. It is not with any regular rhyme scheme, nor does it have stanza form. It is free verse in the fashion of the modern Urdu and English poets of Pakistan, simply focusing on the message it wants to convey. But the poem does have many indicators to prove that it is a Pakistani poem written in the English language and highlights the problems of the local communities in the rural area, making it postcolonial also.