* On his Twitter handle on Tuesday, Khan shared a post questioning the flying box office numbers of Ayan Mukerji directorial, despite receiving poor reviews from cinegoers 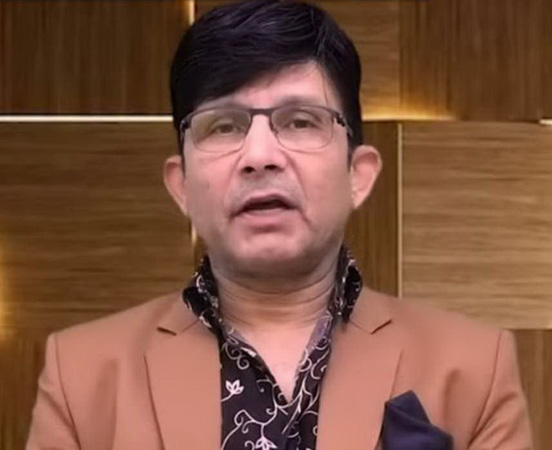 The self-proclaimed film critic of India, Kamaal R Khan aka KRK has once again taken a dig at Bollywood filmmakers, with his latest hit to the Box Office numbers of the recently-released ‘Brahmastra’.

Being his usual self, KRK does not hold back with his constant blunt attacks on Bollywood, and very recently the ‘Deshdrohi’ actor has Ranbir Kapoor and Alia Bhatt starrer much talked about movie ‘Brahmastra’ on his target.

On his Twitter handle on Tuesday, Khan shared a post questioning the flying Box Office numbers of Ayan Mukerji directorial, despite receiving poor reviews from cine-goers. “Theatres are empty but still Film #Brahmastra is doing bumper business,” Khan wrote on the micro-blogging site, adding that the film is being watched by aliens from other planets.

Several Twitter users also showed their agreement with Khan in their responses to the post. One of the replies from a social user read, “True my cousin went to watch it.. 7 ppl total including them,” whereas, another Twitterati wrote, “The reality is it’s a SUPER FLOP at 208 cr with a cost of 410 cr.”

A third Twitter user believed, “Actually, @karanjohar & Co are buying the #Brahmastra tickets for aliens.” Earlier Bollywood A-lister Kangana Ranaut also shared a similar review of the ‘Brahmastra’ and alleged makers of faking the Box Office numbers. Ranaut, in her review, blasted Mukerji for burning ‘600 crores to ashes’ by making the fantasy adventure.

She also roasted her nemesis Karan Johar – for his extensive support of nepotism and star kids – and accused him of having involvement in the arrest of KRK. For those unversed, KRK was arrested by Malad police of Mumbai last month, over a controversial tweet published in 2020.