Resham embarks on journey to a cleaner Pakistan

* 'The last few days have been a steep learning curve for me and I want to thank everyone, especially my well-wishers, who sought to guide me and correct me, using kindness and love' 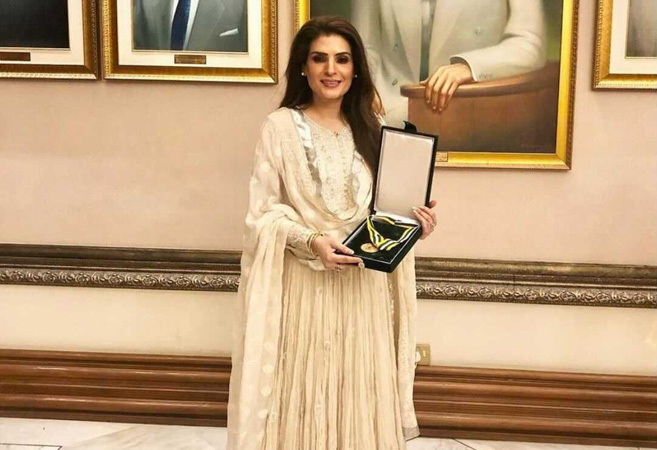 Lollywood star Resham makes up for her previous mistake with a rather practical approach as she participates in an initiative toward a cleaner Pakistan.

The celebrated actor posted a video on her account on the photo and video sharing application earlier this week, which sees her being a part of a litter cleaning initiative, to make up for the harm she might have caused to the environment obliviously.

“The last few days have been a steep learning curve for me and I want to thank everyone, especially my well-wishers, who sought to guide me and correct me, using kindness and love, instead of condemnation for the sake of personal clout,” Resham wrote in the caption of the Instagram video.

“Pakistan is our home and it is right that we should keep it clean. So what better way to demonstrate this through an example.” Resham further informed, “I took part in a litter cleaning initiative which I hope will go some way to soothing any hurt that I may have inadvertently caused you and our people.” “Let’s make Pakistan cleaner and kinder,” she urged. “Sending you all my warmest wishes. This is a new beginning for me and for us all.”

It is pertinent to mention here that the actor got into the hot waters after a video of hers went viral on social media, where she is seen throwing food and bread in a river for the animals. However, towards the end of the video, Resham threw the plastic bags – which carried food – in the water as well.

The act irked the social users and invited backlash toward the Lollywood diva for causing more harm than good to the environment. Later, Resham issued a public apology on her handle and excused the mistake on her end. “Please accept my apology because what happened shouldn’t have happened. It happened out of carelessness and was not done intentionally,” she stated.

Calling it the ‘biggest mistake of her career’, Resham added, “I apologise to the entire nation.”