* With this evidence, the Internet busted out with a storm having a meme fest 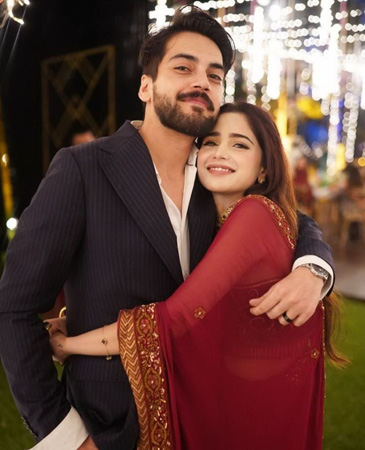 Aima Baig, who has been facing allegations for the past two days stating that she cheated on Shahbaz, has finally reacted to these filthy allegations.

British Model Taloulah Mair released some videos, voice recordings and screenshots on Twitter, presenting them as evidence to prove that Baig cheated on Shigri with her then-boyfriend Qes Ahmed.

With this evidence, the Internet busted out with a storm having a meme fest. Aima did not speak over the matter for two days. But now she has finally come out to respond to the bullies.

Aima Baig has addressed a long detailed message on her Instagram story to clear out the situation. She mentioned that she did not want to make things ugly because that’s not how her upbringing is.

Baig further says that people involved in this matter know what happened and they have nothing to say regarding this matter.

Aima added that people who still wondering what exactly happened, are going to see it in about a day or two.

Until then to all the bullies, keep wasting your time making memes, stated Baig. Aima and Shahbaz started dating back in 2019.

They made their relationship official in 2021. A few days back, the singer announced that she parted ways with her fiancé.