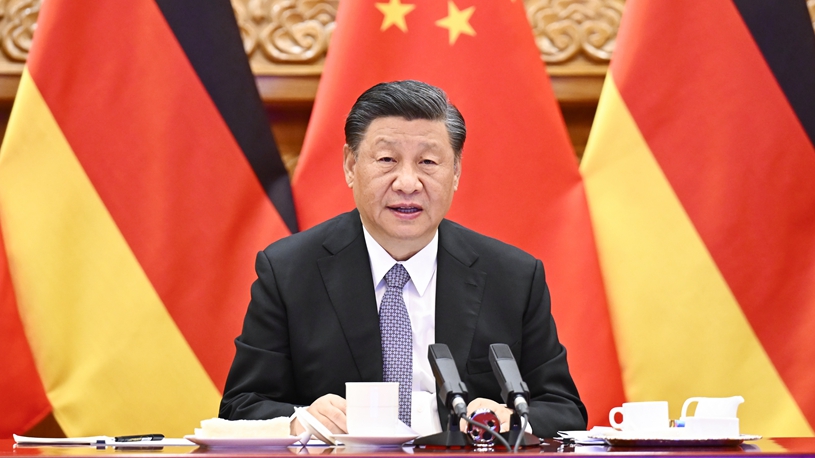 China is willing to make the utmost effort to strive for a peaceful “reunification” with Taiwan, a Chinese government spokesperson said on Wednesday, following weeks of military maneuvers and war games by Beijing near the island.

Ma Xiaoguang, a spokesperson for China’s Taiwan Affairs Office, told a news conference in Beijing ahead of next month’s once-in-five-year Communist Party congress that China was willing to make the greatest efforts to achieve peaceful “reunification”.

China’s determination to safeguard its territory is unwavering, he added.

China has proposed a “one country, two systems” model for Taiwan, similar to the formula under which the former British colony of Hong Kong returned to Chinese rule in 1997.

Ma said Taiwan could have a “social system different from the mainland” that ensured their way of life was respected, including religious freedoms, but that was “under the precondition of ensuring national sovereignty, security, and development interests”.

Taiwan’s government says that as the island has never been ruled by the People’s Republic of China, its sovereignty claims are void. China has refused to talk to Taiwan President Tsai Ing-wen since she first took office in 2016, believing she is a separatist.

Taiwan is an island, roughly 100 miles from the coast of south east China.

It sits in the so-called “first island chain”, which includes a list of US-friendly territories that are crucial to US foreign policy.

Historical sources suggest that the island first came under full Chinese control in the 17th Century when the Qing dynasty began administering it. Then, in 1895, they gave up the island to Japan after losing the first Sino Japanese war.