Who cheated whom? Aima Baig in hot waters 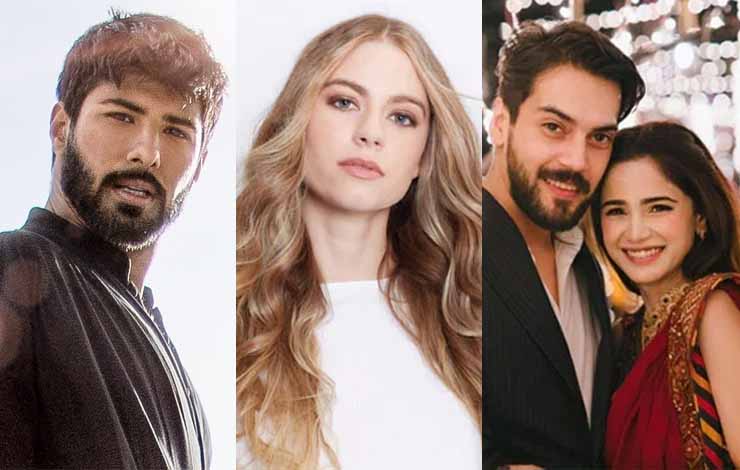 Who cheated on whom? Aima Baig in hot waters.

Aima Baig, the renowned playback singer of  Pakistan, is facing severe criticism over cheating on her ex-fiancé Shehbaz Shigri. She was in the news after her engagement with fiancé Shahbaz Shigri was broken.

According to British Model Mair, she was dating a Pakistani “filmmaker” Qes Ahmed who not only stole ten thousand pounds from her but also cheated on her with none other than Aima Baig. Taloulah said that Qes confirmed it while he was bragging about cheating on her that he is dating “one of the most famous women” in Pakistan while describing Aima. Taloulah also said that Aima paid for a flat in Dubai where Qes would go and stay with Aima. And all this happened while she was engaged to Shahbaz Shigri.

On the other hand, Shahbaz Shigri’s ex-wife defended him against false accusations of cheating. 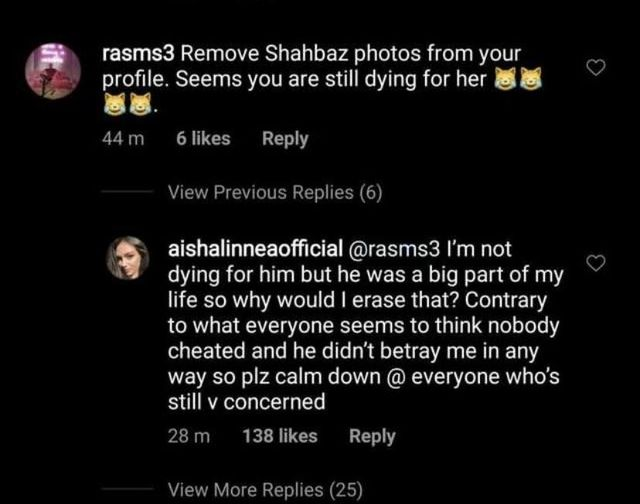 Netizens are completely confused about who cheated whom and what the actual story is. After that mess on social media, Aima Baig, Qes Ahmed and Shahbaz Shigri are observing complete silence and did not give any statement or remark on the whole situation so far.

Twitter is on fire now with people roasting Aima Baig after the expose:

Aima Baig cheated. Adam Levine cheated. But you know who didn't cheat? Your partner. Because you don't have one. Stay single and safe.

Pakistanis to Aima baig when she'll come back from Tajkistan. pic.twitter.com/eDWRjfPuAr

Shahbaz Shigri, Aima Baig and Qes Ahmed after cheating on their partners. pic.twitter.com/WWhQAI8pIm