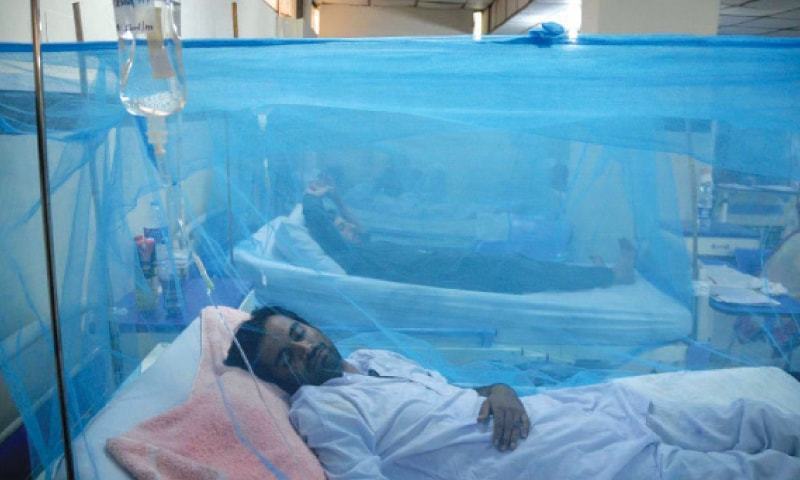 Dengue cases continue to rise in Pakistan. On Wednesday, the number of dengue cases in Islamabad and Rawalpindi is continuously on the rise as the twin cities registered 165 cases in the past 24 hours.

According to District Health Officer (DHO) Islamabad, as many as 105 dengue cases were reported in the Federal Capital during the past 24 hours, taking the total number of infections to 1,561.

The DHO further stated that five patients have succumbed to the dengue virus during the current monsoon season.

The Health Department reported 60 dengue cases in Rawalpindi as the total number of cases has risen to 1,463. Two patients were critical in Benazir Bhutto Hospital, the health department added.

Moreover, the dengue virus has claimed two lives in Rawalpindi. The health department said the authorities were taking measures to curb the dengue outbreak.

The cases of dengue are spreading rapidly in Lahore as 100 new dengue cases were reported in a single day, while dengue larvae were detected from 764 different hotspots in the city.

Meanwhile, dengue virus cases have gone out of control in Karachi as 248 cases have been reported during the last 24 hours while 16 people died in a single day.

A total number of 248 cases of dengue have been reported in the city in the past 24 hours while the number of people affected by dengue in the city is more than 3,285 and the total tall has reached 5, 492 this year.

It seemed that dengue is proving more dangerous than Covid because the number of cases and deaths are increasing with each passing day.