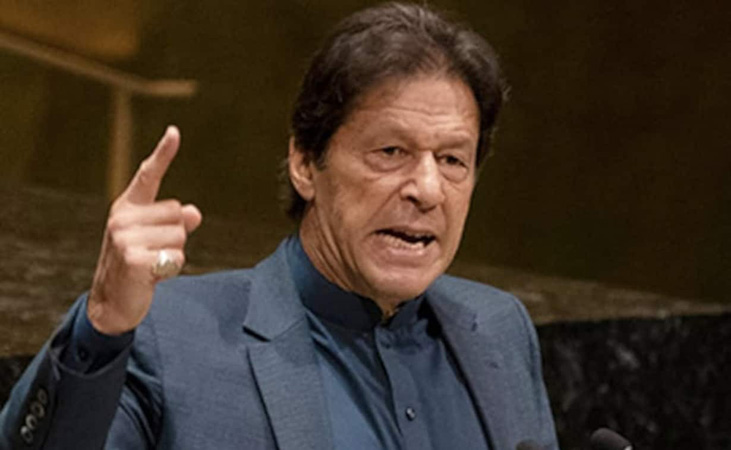 The PTI also decided to lodge a series of cases against the top government personalities including Prime Minister Shehbaz over alleged violation of Official Secrets Act, threat calls to party workers and torture on Shahbaz Gill torture, a private TV channel reported.

PTI leader Fawad Chaudhry said that Imran Khan chaired an important session of the legal team on Tuesday. He said Shehbaz Sharif’s meetings in London were in violation of constitution and law. He said that Nawaz Sharif and Ishaq Dar are absconders.

“And that I will not directly or indirectly communicate or reveal to any person any matter which shall be brought under my consideration or shall become known to me as Prime Minister, except as may be required for the due discharge of my duties as Prime Minister.” Excerpts from PM’s oath

The PTI leader said that the case will be taken to the court of law by his party. He said they are compiling data of threatening phone call to the PTI workers and legal action will be taken against the ‘harassment’. He expressed hope that the courts will hold early hearing of the cases related to the constitutional violations.

The decision by the party came shortly after a tweet by PTI Chairman Imran Khan wherein he expressed concerns over PM Shehbaz Sharif discussing the appointment of new chief of army staff (COAS) and other state matters with Nawaz Sharif. “Crime Minister discussing appt of COAS & any other state matter with convict Nawaz Sharif & Ministers declaring they will appt COAS after consulting Nawaz Sharif are all in contravention not only of the Official Secrets Act (section 5:1) but also of their oaths of office,” Imran Khan tweeted.