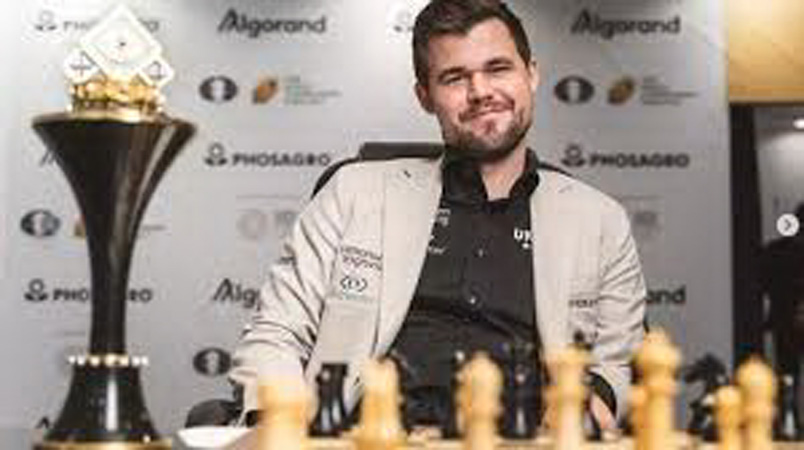 OSLO: Norwegian world chess champion Magnus Carlsen abruptly withdrew from a game against American Hans Niemann, reigniting an ongoing cheating controversy in the sport. After playing just one move in a match against Niemann on Monday night in the “Julius Baer Generation Cup” online tournament, Carlsen resigned the game without a word and turned off his webcam in front of stunned commentators. The 31-year-old five-time world champion did not give an explanation, but his gesture was seen as a further protest against the young American, 12 years his junior. A week ago, Carlsen withdrew from the Sinquefield Cup in the US after losing to Niemann, a young rising star in the chess world but who has admitted to cheating in online games in the past. In a message that was widely understood as innuendo, Carlsen then posted a video from 2014 of coach Jose Mourinho to Twitter, then at English team Chelsea. “I’d prefer really not to speak. If I speak, I am in big trouble,” the Portuguese coach said, which many saw as a sign of protest. The Norwegian’s latest withdrawal has reignited the controversy. “It’s an unprecedented case,” Dutch chess master Anish Giri told Norwegian broadcaster TV2.