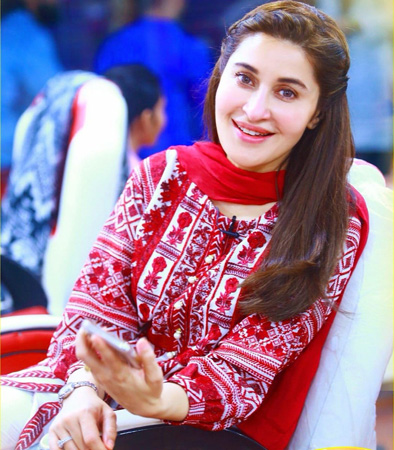 Shaista Lodhi is a versatile and talented Pakistani television host, actress and Dermatologist who runs her own clinic “The Aesthetics Clinic” in Karachi.

Shaista Lodhi is attached to showbiz industry since 2001 and has remained part of various dramas and shows till date.

Lately, Shaista appeared in a podcast with Dubai based influencer Ken doll and Ali Sufian Wasif. Shaista while giving her stance on Dananeer Mobeen’s dangerous beauty hack, mentioned that “I don’t understand that how a person having a mobile becomes a doctor or an influencer herself. It’s very dangerous, please don’t do such things. Don’t apply red chili direct on your lips at all, use a pink or red colored blush for such beauty hacks.” “If a person becomes a doctor or an expert, it happens through a process like I became a doctor through a process. I’m sure that if the internet of this country goes down for a day, 90 percent of the influencers will vanish away”, added Shaista.