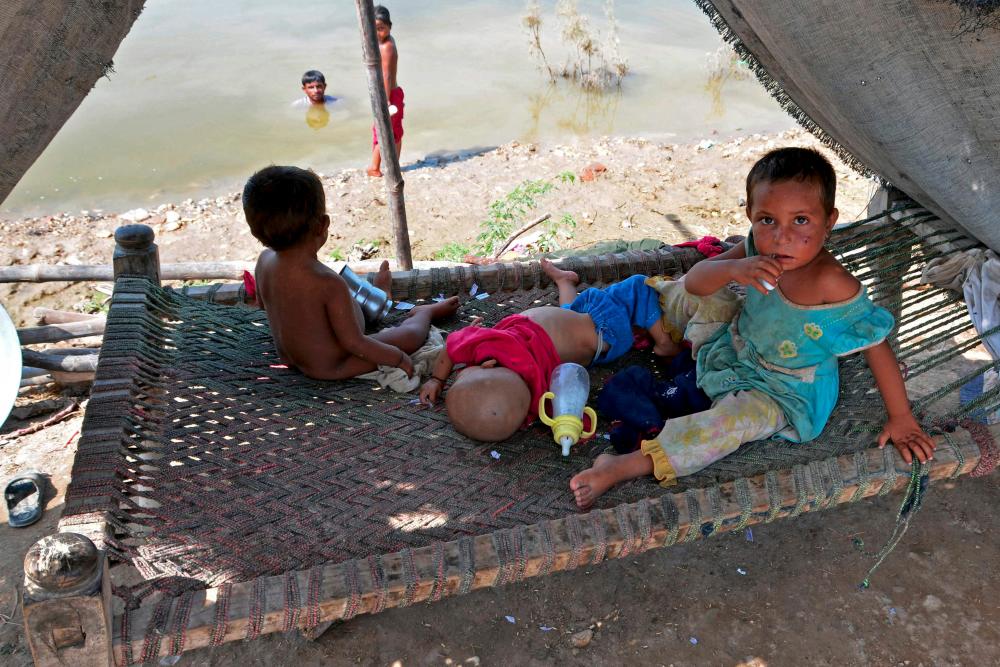 At least nine people died on Monday of infectious and water-borne diseases that have attacked tens of thousands of people in flood-hit Pakistan, government data showed, taking the toll from such causes to 318.

The death toll from the deluge itself has touched 1,559, including 551 children and 318 women, which does not include the disease deaths, the country’s disaster management agency said.

As flood waters start to recede, which officials say may take two to six months in different areas, stagnant waters have led to diseases like malaria, dengue fever, diarrhoea and skin problems, mainly in the southern Sindh province.

The provincial government said in a report issued on Tuesday that nine people died of gastroenteritis, acute diarrhoea and suspected malaria on Monday. It has reported a total of 318 deaths from diseases since July 1.

The report said over 72,000 patients were treated on Monday at makeshift or mobile hospitals set up in flood-hit regions.

Over 2.7 million people have been treated at these facilities since July 1, the report said.

The influx has overwhelmed the country’s already weak health system. The provincial government has said that some 1,200 medical facilities were still marooned.

“We’re overwhelmed,” said Moinuddin Siddique, director at the Abdullah Shah Institute of Health Sciences in Sehwan city, which is surrounded by the flood waters, told Reuters.

Malaria and diarrhoea are out of control, he said.

Record monsoon rains and glacial melt in northern Pakistan triggered the flooding that has impacted nearly 33 million people in the South Asian nation of 220 million, sweeping away homes, crops, bridges, roads and livestock in damages estimated at $30 billion.

Hundreds of thousands of people who have been displaced are living in the open, exposing them to the diseases spread in the stagnant waters. They are in dire need of food, shelter, clean drinking water, toilets and medicines, authorities have said.

UNICEF has termed the situation of the families “beyond bleak”.

It says an estimated 16 million children have been impacted, and at least 3.4 million girls and boys remain in need of immediate, lifesaving support.

The country received 391 mm (15.4 inches) of rain, or some 190% more than the 30-year average through July and August, a monsoon spell that started early and stretched beyond the usual timeline. Rainfall in the southern province of Sindh shot up to 466% of the average.